The Lumineers are coming to Xfinity Center on Friday 12th June 2020! Expect a night of catchy, singalong folk-rock from the band that dominated the charts with their iconic single "Ho Hey", as they perform tracks from their highly anticipated upcoming third studio album III: a concept album presented in three chapters, each focusing on a different main character of the fictional Sparks family! Get ready to dance all night as the spirited folksters thrill fans with their brand new material1 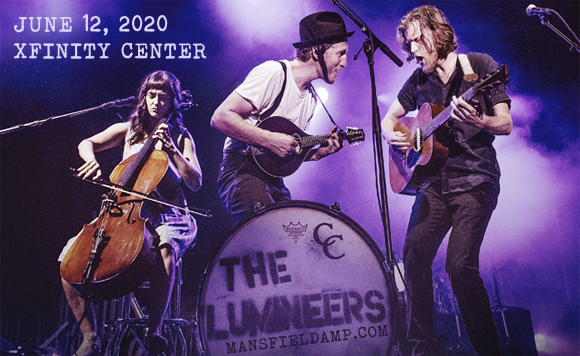 The Lumineers are an American folk-rock band who found near-instant success in 2011 with the release of their debut single, "Ho Hey". The band was founded by Wesley Schultz (lead vocals, guitar) and Jeremiah Fraites (drums, percussion) in New York City in 2005. When the duo relocated to Denver, Colorado five years later, they met cellist and vocalist Neyla Pekarek, who was a member of the band until 2018 when she left to pursue a solo career. "Ho Hey" was the lead single from their 2012 eponymous debut album, which peaked at number two on the Billboard 200, and was certified triple platinum in the US and Canada, as well as platinum in the UK and Ireland, and gold in Australia. Four years later, the band released its second studio album, Cleopatra, which debuted at number one in the U.S., U.K. and Canada, and was certified platinum in the United States. In addition to "Ho Hey", the group has had international hit singles with "Stubborn Love", "Ophelia" and "Cleopatra", and they have become one of the top touring bands in the United States.