The Black Keys are hitting the road this summer as part of their extended Let's Rock Tour, which comes to Xfinity Center on Friday 21st August 2020! The duo spent much of last year on the road promoting their album of the same name, which was their first new release in four years and was warmly received by fans! The band is a force of nature live, with a raw and powerful energy that is palpable no matter the size of venue, and as a duo holds a crowd's attention as few others can! Joining The Black Keys for their run this year will be Gary Clark Jr. and Yola in support! 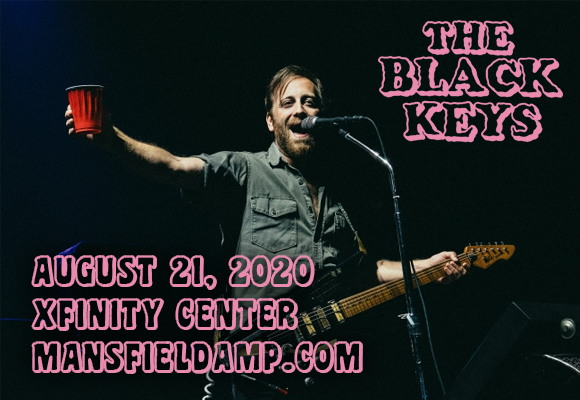 An independent garage rock twosome who began recording music in basements and self-producing their records in the early-2000s, The Black Keys went on to become one of the biggest proponents of the blues-rock revival of that era, eventually playing sold-out arenas. Dan Auerbach (guitar, vocals) and Patrick Carney (drums) have been friends since the age of eight or nine and grew up in the same neighborhood in Akron, Ohio. They founded their musical duo upon dropping out of college when Auerbach decided to pursue music as a career and asked for Carney's help to record a demo. Taking inspiration from the blues greats Junior Kimbrough, Howlin' Wolf, and Robert Johnson, their raw power drew a cult following during their early years of performing, and their debut album, The Big Come Up (2002), earned them a record deal with Fat Possum Records. Although it took several years for the band's commercial breakthrough, they became critically acclaimed indie darlings, and throughout that time they forged a friendship with producer Danger Mouse, who went on to work with them on several records. Their big break came with the 2010 album Brothers, which won three Grammy Awards, including Best Alternative Music Album, and reached number three on the Billboard 200. The band's three subsequent albums have all hit the top five of the chart as well, and their 2013 album El Camino won them three more Grammy Awards. After a four year hiatus, The Black Keys returned in 2019 with their ninth album, Let's Rock.