It's your last time ever to catch the Rascal Flatts live! Xfinity Center presents The Rascal Flatts Farewell: Life Is A Highway Tour! on Friday September 18th 2020 with Special Guest Chris Lane! On January 7, 2020, the band announced that they would be disbanding following a farewell tour after 21 years together and said the tour is meant as a "goodbye" and a "thank you" to fans. "It's our way of showing appreciation with a humble heart," guitarist Joe Don Rooney said. 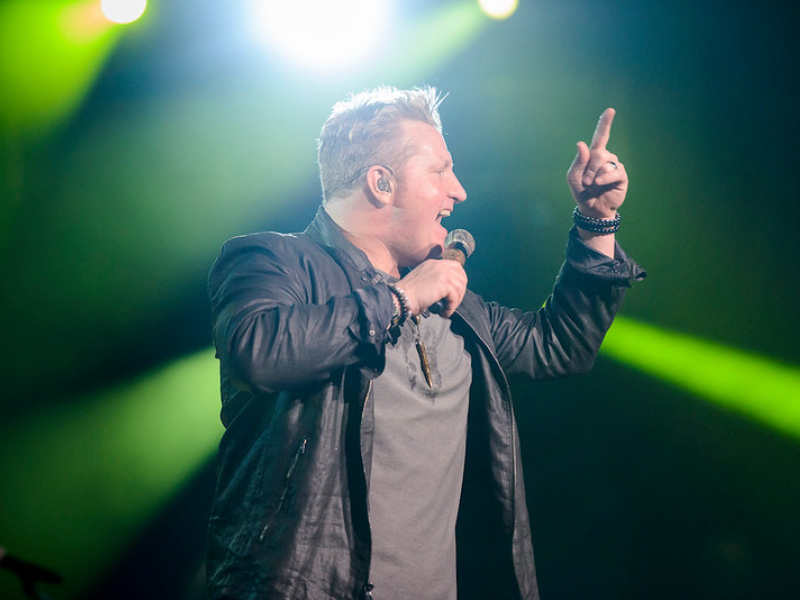 The most-awarded country group of this century, Rascal Flatts is known for such hits as “Bless the Broken Road,” “What Hurts the Most,” “Take Me There,” “Life Is a Highway” “I’m Movin’ On” and “Here Comes Goodbye.”
Lead vocalist Gary LeVox, Jay DeMarcus on bass guitar, and Joe Don Rooney on guitar and banjo, are, the Rascal Flatts. They formed in Ohio in 1999 signed to Lyric Street Records and produced seven studio albums, all of which went multi-Platinum! They then moved to Big Machine Records and produced another five albums, two of which went Gold. Except for their 2000 self-titled debut and 2017's Back to Us, all of the group's albums have reached No. 1 on the Top Country Albums chart. They released 37 singles, of which 14 have reached No. 1 on the Billboard Hot Country Songs charts and two have reached No. 1 on the Canadian country charts. "Bless the Broken Road" is their longest-lasting number one single at five weeks. Rascal Flatts has sold over 27 million albums and 33.7 million digital downloads since their debut in 2000. They have the most Billboard 200 number one albums of any group since 2000.
As to the future, after announcing their breakup and farewell tour on “CBS This Morning”, lead singer Gary LeVox promised new music this year. “I got a Chik-Fil-A I wanna open up,” bassist Jay DeMarcus joked and “I’m gonna open up a Popeyes,” guitarist Joe Don Rooney interjected.