The sensational Pentatonix will be coming to Xfinity Center on Tuesday 28th August, 2018 for a night of dazzling entertainment, featuring out-of-this-world vocal talent! With intricate harmonies and a setlist packed full of hits, Pentatonix are known for their incredible live shows, and fans can expect exciting new arrangements from the group who are promoting their brand new album PTX Presents: Top Pop, Vol. I! 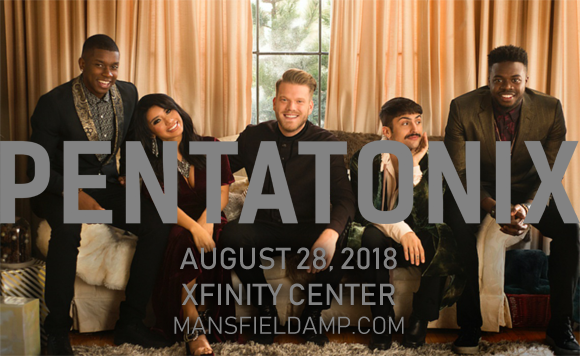 American a cappella vocal group Pentatonix formed in 2011 to audition for season three of NBC’s talent competition The Sing-Off with the aim of becoming the most popular a capella act of today. The group went on to win the competition, receiving $200,000 and a recording contract with Sony Music’s Epic Records and they released their debut EP, PTX, Volume 1, in 2012. The band’s popularity was furthered when they started a YouTube channel, which has become the 50th most-subscribed-to YouTube channel with over 13 million subscribers and 2.7 billion views. To date, the band has released four EPs, three studio albums and two Christmas albums, which have all been well received both critically and commercially, and they have won three Grammy Awards. The group’s latest album PTX Presents: Top Pop, Vol. I, is slated for a 2018 release.