Journey & The Pretenders are teaming up for a mighty North American tour, coming to Xfinity Center on Wednesday 29th July 2020! Although an unexpected pairing, both are enduring rock acts that found fame in the 1980s, and apparently Journey have been pushing to perform with the transatlantic New Wave punk rockers for years, being big fans of The Pretenders' frontwoman and songwriter Chrissie Hynde:

“[S]he got on a couple of stadium dates with us and had a lot of fun,” Journey's Jonathan Cain points out. “And our fans adore her, you know. And she went, ‘Well, this isn’t so bad,’ you know. And then she saw our show and went, ‘Oh, they’re a real rock band’…She had a really great time.” 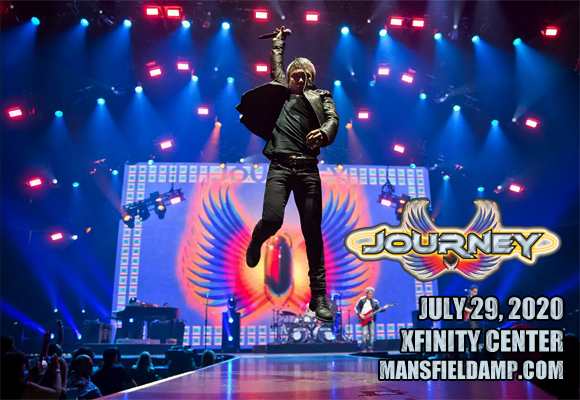 Named by USA Today as the fifth-best U.S. rock band in history, as well as ranking as the 25th best-selling band in America and one of the world's best-selling bands of all time, Journey are a globally renowned American rock group. Formed by previous Santana member Neil Schon, among others, in 1973, the group began as a progressive jazz outfit, before transitioning to pop-rock from the late-1970s onwards. With vocalist Steve Perry, the group had seven consecutive multi-platinum selling albums from 1978-1987, which remains their most popular era. The group has experienced several line-up changes over time, but has remained successful in later years, drawing thousands to their concerts. To date, Journey has released one diamond, ten platinum and three gold albums, and has charted 18 top 40 singles in the U.S. They were inducted into the Rock and Roll Hall of Fame in 2017.