Hey punk rockers! Greenday are back, and they’re coming to Xfinity Theatre on Monday 28th August 2017!!! Promoting a brand new album, these American anarchists will be tearing up the stage, so get ready for a high-octane show where anything could happen! The badass trio will be joined by British rockers Catfish and the Bottlemen, so don’t miss out – it’s gonna be awesome! 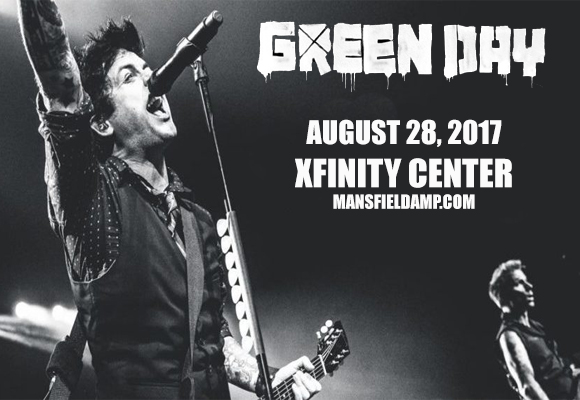 Hailing from East Bay, California, Green Day is an American punk rock band that was formed by lead vocalist and guitarist Billie Joe Armstrong and bassist Mike Dirnt in 1986. The band has played as a trio with drummer Tré Cool since 1990, when he replaced former drummer John Kiffmeyer. In their early days, they released two albums and two EPs on independent record label Lookout! Records, but found mainstream success when they released their major label debut Dookie through Reprise Records in 1994. Selling over 10 million copies in the U.S. and going on to reach Diamond certification, Dookie was an instant hit both critically and commercially. Green Day’s following three albums also fared well, with Insomniac and Nimrod reached double platinum and Warning achieved platinum status. Winner of five Grammy Awards, the band won Best Alternative Album for Dookie, Best Rock Album for American Idiot, Record of the Year for “Boulevard of Broken Dreams”, Best Rock Album for the second time for 21st Century Breakdown and Best Musical Show Album for American Idiot: The Original Broadway Cast Recording. They have sold more than 85 million records worldwide, and were inducted into the Rock and Roll Hall of Fame in April 2015.