Get ready to experience “The Dark Side of the Mule”, as festival favorites Gov’t Mule pay tribute to Pink Floyd’s iconic album Dark Side of the Moon at this very special co-headlining show, also featuring a full set from folk rock sensations The Avett Brothers! A night of world-class music to get you grooving, the show comes to Xfinity Center on Saturday 14th July 2018 and will also feature support from special guest The Magpie Salute! It’s going to be a captivating evening, chock-full of incredible talent! 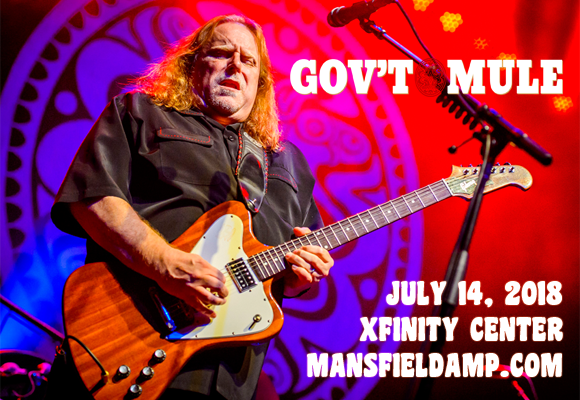 A well-loved mainstay of the North American festival circuit, south rock jam band Gov’t Mule was formed in 1994 by guitarist Warren Haynes and bassist Allen Woody as a side project of The Allman Brothers Band. Releasing their eponymous debut album in 1995, the band has since released nine studio albums and several EPs and live releases. The band are noted for their live performances, which often involve members of other world-class bands as guest performers. Their tenth studio album, Revolution Come… Revolution Go, was released on Fantasy Records on June 9, 2017.