Emo-rap cool kid Trippie Redd comes to Xfinity Center on Sunday 5th September 2021 on his Trip at Knight Tour! The Ohio emcee is slated to release his fourth studio album, also called Trip at Knight, before his stint on the road, where he'll be calling in at 25 cities across the US! Redd has made huge waves across the rap scene over the years and fans are pumped for his next release! He'll be joined in support by Iann Dior and rising rapper SoFayGo! 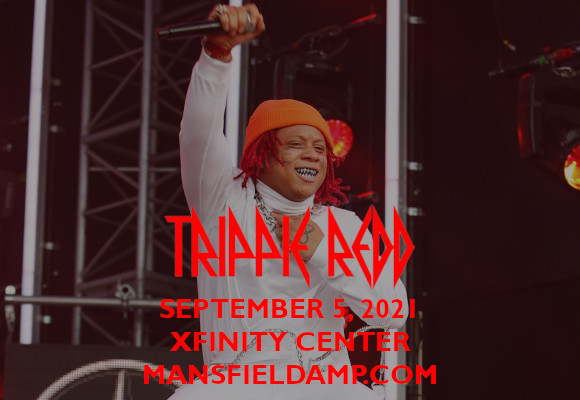 American rapper, singer, and songwriter Trippie Redd found almost instant success with the release of his 2017 debut mixtape  A Love Letter to You. The mixtape feature the lead single "Love Scars", which received more than 8 million views on YouTube within several months, plus over 13 million on SoundCloud. He charted on the Billboard 200 with his second mixtape, A Love Letter to You 2, released that October and in August 2018 released his debut album, Life’s a Trip, which debuted at number four on the chart. ! (pronounced "Exclamation Mark"), his sophomore album, was released a year after his first and went to number three on the Billboard 200. His third studio album, Pegasus (2020), debuted at number two on the US Billboard 200 chart, becoming Trippie Redd's fifth US top-five debut on the chart, following the release of his chart-topping project, A Love Letter to You 4 (2019).