Fan favorites Train are hitting the road this summer on their Play The Song Tour, and they’re coming to Xfinity Center on Sunday 11th June 2017! “We’re going on tour!” frontman Pat Monahan wrote last night on the band’s official website. “The Play That Song Tour is happening this summer across North America, and we’re bringing along our friends in O.A.R.​ & Natasha Bedingfield​ to join in on the fun.” 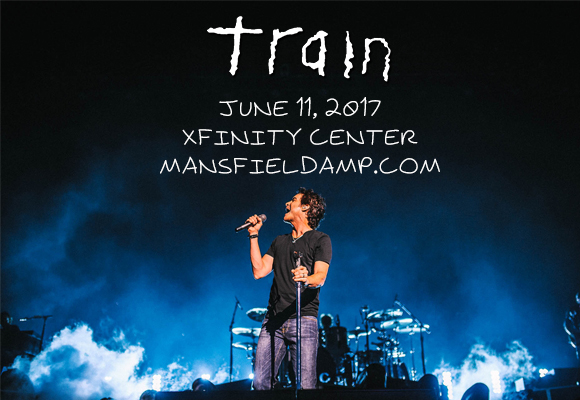 Formed in 1993, Train burst into the mainstream five years later with the release of their self-titled debut album, which launched the hit “Meet Virginia”. Their 2001 album, Drops of Jupiter, contained the lead single of the same name, which won two Grammy Awards. To date, the band has sold over 10 million albums and 30 million tracks worldwide (including the RIAA 6x Platinum-certified international hit “Hey, Soul Sister”). The band’s tenth studio album, titled A Girl, a Bottle, a Boat, is expected to be released in January 2017.