Sugarland are back, and they're bringing their new tour to Xfinity Center on Friday 10th July 2020! It was a dream come true for fans when the country duo announced their return to music in 2017, and they proved they've still got it with their smash hit 2018 album Bigger! Now, they're heading out on the road again for the first time since 2018's Still the Same comeback tour, and having signed a brand new record contract at the end of 2019, there's a big chance that they've got some brand new music in store! Whatever happes, you know this show is going to be unmissable! 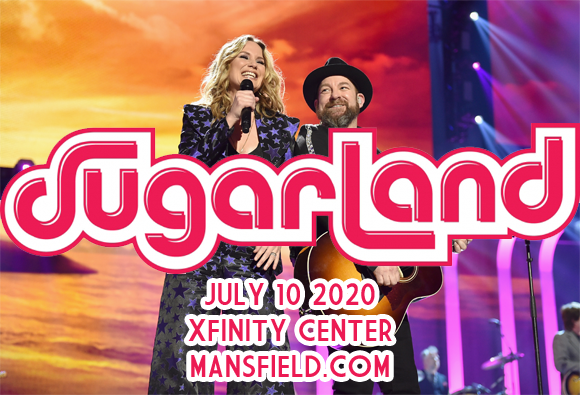 Regulars of the Atlanta folk-rock music scene, singer-songwriters Kristian Bush, Jennifer Nettles and Kristen Hall formed country music group Sugarland in 2002. Their 2004 debut album, Twice The Speed of Life, was an instant hit, selling over three million copies and producing several hits, including "Baby Girl", "Something More", and "Just Might (Make Me Believe)," as well as bringing the trio fame and earning them a Grammy Award-nomination for Best New Artist at the 2006. Hall departed soon after, and the remaining duo continued to write, record and perform as Sugarland, charting fifteen singles on the Billboard Hot Country Songs charts in the process, including the number one singles "Want To", "Settlin'", "All I Want to Do", "Already Gone", and "It Happens". To date, Sugarland has released six studio albums, one live album and one Christmas album, with four albums certified platinum or higher by the RIAA. Their most recent album, Bigger (2018), was a comeback record realsed after the duo reformed in 2017, having spent time apart concentrating on their solo work from 2012-2016.