The legendary fusion Jazz rockers, Steely Dan & Steve Winwood are coming to Xfinity Center on Thursday 7th July 2016! Steely Dan defined the rock & roll era in the 1970's with a unique spin on the most popular genre of the century – with a blending of jazz, traditional pop, blues, and R&B. Steely Dan crafted a distinctive sound that would very much stay in the roots of music for years to come! This year Steely Dan will embark on a massive summer tour titled 'The Dan Who Knew Too Much' to perform all the classics LIVE in concert plus brand new unheard material – don't miss out! 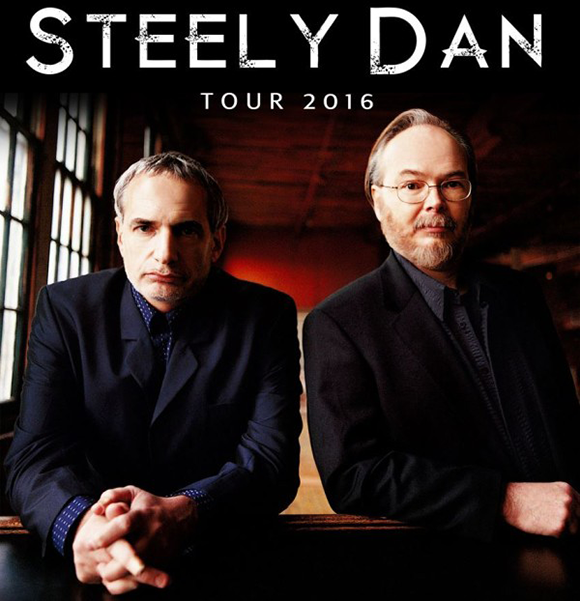 Steely Dan are only of the most iconic 1970's jazz rock bands to have their big break in America, their unique blend of elements of funk, R&B, and pop, carved them a unique spot on the mainstream music scene, played regularly on the radio and on the underground performance scene. Founding core members Walter Becker and Donald Fagen had formed a great connection during their college years, performing in local groups such as The Bad Rock Group and later as The Leather Canary, included future comedy star Chevy Chase on drums. They played covers of songs by The Rolling Stones ("Dandelion"), Moby Grape ("Hey Grandma"), and Willie Dixon ("Spoonful") as well as original tracks of their own.

In the early 1980's, Steely Dan decided to take a break but since their Reunion in 1993, Steely Dan were back on the highest form, with the release of two albums of brand new mammoth hits, the first of which, Two Against Nature, earned a Grammy Award for Album of the Year! They have sold more than 40 million albums worldwide and were inducted into the Rock and Roll Hall of Fame in March 2001.