Wouldn't it be grand to her "Reelin' In The Years" and "Higher Love" live in one concert? Well, this is that moment you've been waiting for! Jazz – rock connoisseurs Steely Dan & Steve Winwood are whipping up intoxicating jazz, rock, blue eyed soul, and rhythm and blues flavors to whet your music cravings. “Earth After Hours” is now open! This is exhilarating tour de force includes a stopover at the Xfinity Center on Wednesday 1st July 2020. Save the date and lock-in this concert of a lifetime. Just click on the 'get tickets' link on this site to secure your seat. Book those tickets right here, right now! 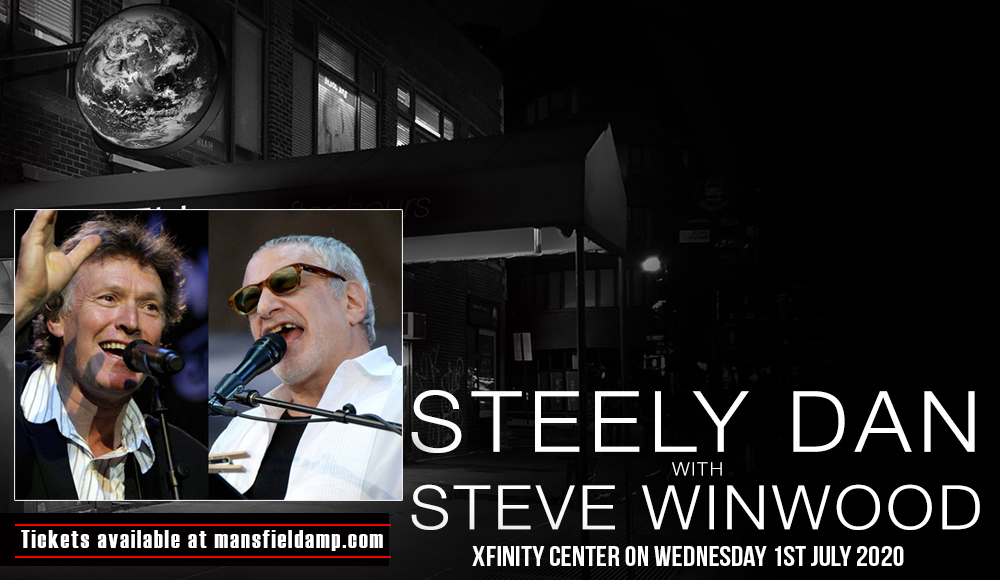 An artist who makes it to the top of the charts 20 years after the start of his recording career proves that he is ahead of his time and he's got golden timeless music in his hands. That is the genius of Steve Winwood. He is one-man-music-machine that keeps the wheels of progressive rock, blue-eyed soul, rhythm and blues, blues rock, pop rock, and jazz scene reelin' and rockin' to this day. He built his successful solo career with hits like "While You See a Chance", "Valerie", "Back in the High Life Again" and two US Billboard Hot 100 number ones, "Higher Love" and "Roll with It". Winwood is a two-time Grammy Award winner, bagging the Record of the Year and Best Male Pop Vocal Performance for "Higher Love" He was also nominated twice for a Brit Award for Best British Male Artist: 1988 and 1989. In 2008, Rolling Stone honored Winwood by placing him at No. 33 in its 100 Greatest Singers of All Time. Steve Winwood also took home the BMI Icon citation at the annual BMI London Awards for his "enduring influence on generations of music makers".

Steely Dan is a stickler for high-value music production. They're your 'every-note-must-be-perfect' kind of musicians. Record quality is serious business for these fellas. At the peak of their careers, they retired from live performances to become a studio-only band, prompting Rolling Stone to label them as "the perfect musical antiheroes for the Seventies". All these paid off well in their career, marked by the their timeless classics like “Reelin’ In The Years,” “Rikki Don’t Lose That Number,” “Dirty Work,” “Do It Again,” and many more. With more than 40 million albums sold worldwide to their name, their outstanding artistry was recognized when they were inducted into the Rock and Roll Hall of Fame in March 2001. Steely Dan also made it at #82 on their list of the 100 greatest musical artists of all time listed by VH1.

Experience the live sound of jazz rock music the way it should be. Nobody does it better than Steely Dan & Steve Winwood. Book your tickets now!