Country superstars Rascal Flatts & Kelsea Ballerini are coming to Xfinity Center on Friday 12th August 2016! Rascal Flatts are one of the biggest vocal led groups to have had a long lasting career in mainstream music for over 20 years, this year they will be taking to the road on their highly anticipated Riot Tour in support of their ninth studio album, "Rewind."

The tour has been named after their hit single which sparked many emotions with the released music video.

“This song has so many different interpretations that there were a lot of concepts to play around with,” LeVox says. “Ultimately though, this song is about fighting for love, and this video tugs at your heart strings. The story between the couple was shot beautifully; we’re really pleased with it and looking forward to our fans seeing the song from this perspective.” 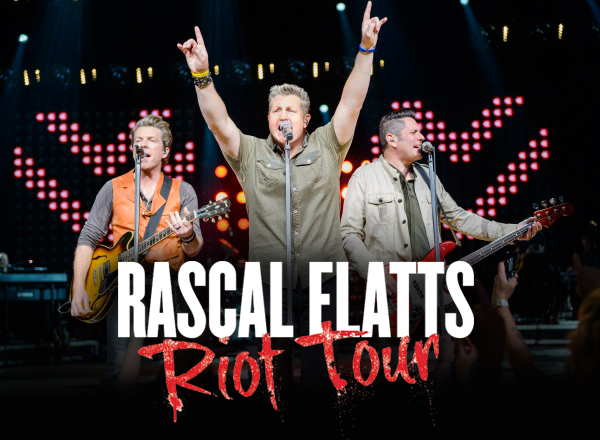 Rascal Flatts are not only one of the most popular Country acts in North America, they are also well known and respected all around the globe… For their innovative catchy songwriting abilities matched with their effortless harmonies, this exciting group is an concert experience that everyone should explore.

Kelsea Ballerini is a newcomer to the scene but has already received a wonderful reception on her 2015 debut album. Together, these wonderful acts will make you get up on your feet and keep you dancing til dawn, with Rascal Flatts classic hits plus brand new material – it's going to be an electric night!