Get ready for the party of the summer as Mr. Worldwide himself, Pitbull, comes to Xfinity Center on Saturday 28th August 2021 on his I Feel Good Tour! His first stint on the road as a solo headlining artist in nearly a decade, the chart-topping artist will be pulling out all the stops to give fans what they've been waiting for! The multi-award-winner will be joined by special guest Iggy Azalea and, of course, his sassy six-woman dance troupe the Most Bad Ones! 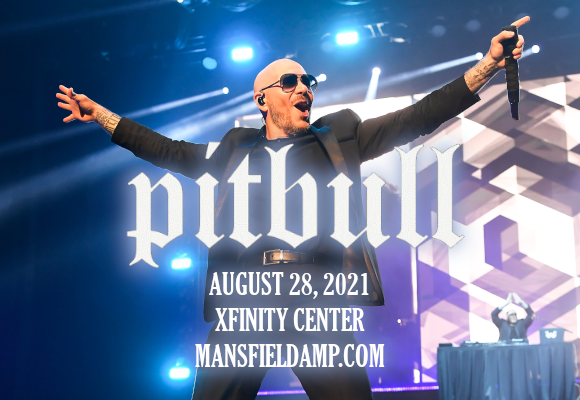 American rapper, singer, songwriter, brand ambassador, businessman, and philanthropist Pitbull first began his music career in the early-2000s as a reggaeton and Latin hip-hop artist. He made his studio album debut with M.I.A.M.I. (2004), but it was his 2009 album Rebelution that brought him mainstream success with the hit single  "I Know You Want Me (Calle Ocho)", which peaked at number two on the US Billboard Hot 100 and number four on the UK Singles Chart. His next album, 2011’s Planet Pit, was a marked change towards pop music and it paid off, giving the artist his first number one single, "Give Me Everything" (featuring Ne-Yo, Afrojack and Nayer). "Give Me Everything" is one of the biggest-selling singles of all time in the US, as is Pitbull’s next chart-topping single, "Timber" ft. Kesha (2013). To date, Pitbull has sold over 25 million studio albums and over 100 million singles worldwide. He has released over 200 music videos, over 300 singles (including features), over 1,000 songs (in total), and has been involved in more collaborations than any other music artist. A 35-time Billboard Latin Music Award-winner, he was ranked by Billboard as the 45th Top Artist of the 2010s and the 24th Top Latin Artist of the 2010s.