Irish One Direction heartthrob Niall Horan is coming to Xfinity Center on Saturday 8th September 2018 as part of the hotly anticipated second leg of his Flicker World Tour! The pop sensation will be joined for the evening by country chart-topper Maren Morris, who Horan collaborated with for “Seeing Blind” – a track on his album Flicker! Tickets available now! 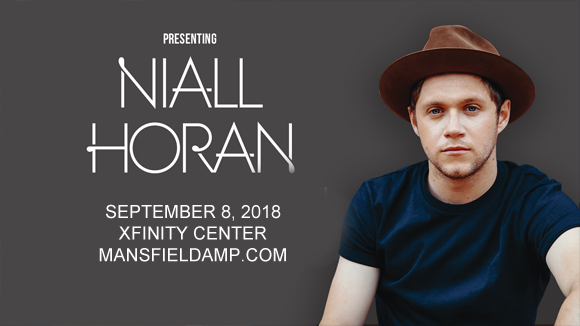 Irish singer, songwriter and guitarist Niall Horan is best known for being a member of boyband One Direction, who rose to prominence through the UK television talent competition The X Factor in 2010. As part of One Direction, Horan has released five commercially successful albums, performed on four worldwide tours, and won a number of awards, including: six Brit Awards, four MTV Video Music Awards, eleven MTV Europe Music Awards, seven American Music Awards (including Artist of the Year in 2014 and 2015), 28 Teen Choice Awards and many more. Horan’s debut studio album, Flicker (2017), debuted at number one in Ireland and the United States, and charted within the top three in Australia and the UK.