Multi-platinum-selling, Grammy-nominated hip hop sensation Logic heads to Xfinity Center on Friday 8th June, 2018 as part of The Bobby Tarantino vs Everybody Tour! Promoting his red hot, number one mixtape Bobby Tarantino II, the “1-800-273-8255” rapper will be laying it town, plus he’ll have support from fellow chart-topper NF and “I Spy” rapper Kyle! A dope lineup for an epic show! Tickets available now! 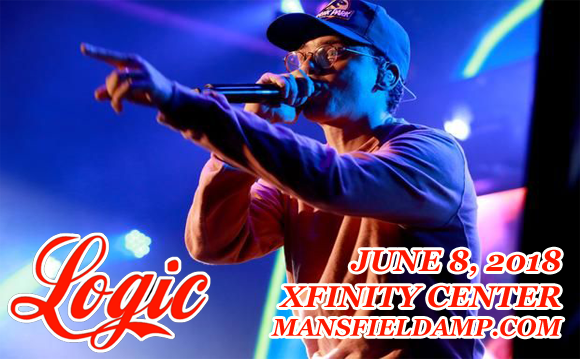 American rapper, singer, songwriter and record producer Logic released his first mixtape in 2009 aged 16, under the name “Psychological”. The following year, he released his debut official mixtape, Young, Broke and Infamous, changing his name to Logic. Logic’s fourth mixtape, Young Sinatra: Welcome to Forever (2013), served as his breakthrough, leading to a contract with Def Jam Recordings. His debut solo album, Under Pressure, was released in 2014 to critical and commercial success, debuting at number four on the Billboard 200. His third and most recent studio album, Everybody (2017), debuted at number one on the Billboard 200 and was followed by his sixth mixtape, Bobby Tarantino II, a sequel to his 2016 mixtape Bobby Tarantino, which also hit the top spot.