Linkin Park legends are waiting with baited breath as they are about to release their seventh studio album! Accompanying the album is the One More Light tour, which sees the nu-metal heroes teaming up with “Wild Boy” rapper Machine Gun Kelly! Get your tickets now to be One Step Closer to seeing them live!!! 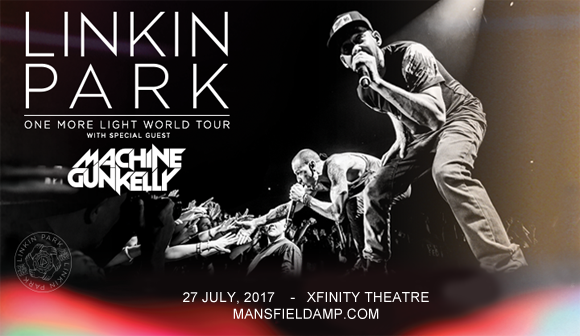 American alt-rock band Linkin Park formed in California, in 1996. Hybrid Theory, the band’s debut album, catapulted them to the top of the charts and was eventually certified diamond by the RIAA in 2005, and multi-platinum in several other countries. Its 2003 follow-up, Meteora, also topped the Billboard 200 album chart. The band has experimented with a range of genres over their six albums, including rock, nu-metal and electronica, and their seventh, titled One More Light, will be released in 2017 in conjunction with a world tour.