He may be “Irresponsible”, but he sure is hilarious…! Comedy king Kevin Hart brings his latest tour to Xfinity Center on Friday 13th July, 2018 for night of side-splitting entertainment from one of the littlest big names in comedy! Expect a hysterically funny show from Hart who, according to the show’s trailer, is “smart, athletic, a mogul, an actor, and in a whole heap of trouble…” Tickets to the laughter-fest are available now! 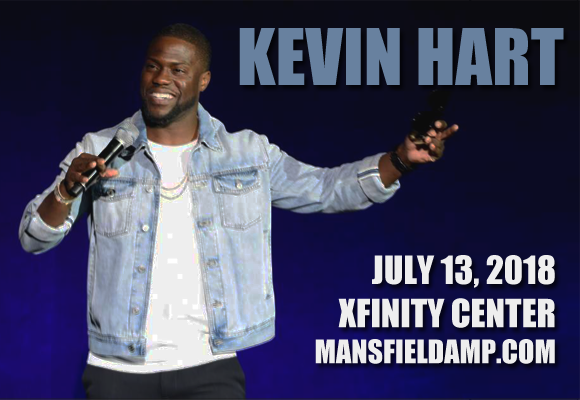 Actor and comedian Kevin Hart is one of comedy’s biggest stars. With a background working the Massachusetts comedy club circuit in the 1990s, Hart became known in the early 2000s for his roles in TV and cinema, including Judd Apatow’s Fox series Undeclared (2001) and horror comedy film Scary Movie 3 (2003), and has since had starring roles in several hit films, including: Little Fockers (2010), Get Hard (2015) and Jumanji: Welcome to the Jungle (2017). Hart has also made a name for himself in stand-up comedy, with his What Now? Comedy tour grossing over $100 million worldwide. The soundtrack to the tour and film of the same name, Kevin Hart: What Now? (The Mixtape Presents Chocolate Droppa), was nominated for Best Comedy Album at the 2018 Grammy Awards. In 2017, Hart released his memoir I Can’t Make This Up: Life Lessons, which debuted at Number One on the New York Times Bestseller list and remained on the list for ten consecutive weeks. “Irresponsible” is Hart’s sixth comedy tour.