One of country’s hottest stars and most thrilling performers, Keith Urban, is coming to Xfinity Center on Saturday 4th August 2018 on his Graffiti U World Tour, promoting his brand new album of the same name! The Grammy Award-winner will be joined for his electrifying show by sensational talent Kelsea Ballerini, making this one truly unmissable show!

“I’ve been full-on writing, recording, collaborating and creating with some incredibly talented people for Graffiti U, a lot of whom I’ve never worked with before,” said Keith. “I can hear how some of the songs will translate live already, which really makes putting on a new show so exhilarating and I loved having our fans included in the announcement of the tour because it’s their tour too.” 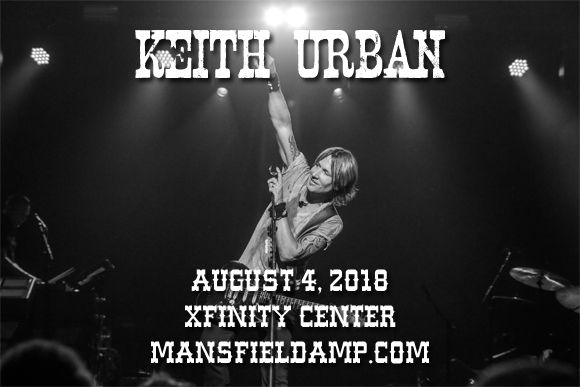 Country music singer, songwriter and producer Keith Urban began his music career in 1991 in his native Australia with the release of his debut album that same year, which charted four singles there. After the album’s success, Urban moved to America in 1992 to bring his music to a wider audience. First finding work as a session guitarist, Urban then started a band called The Ranch. The band released one studio album with Capitol Nashville, which charted two singles on the Billboard Hot Country Songs Chart, before disbanding in 1998. The following year, Urban released a second eponymous studio album as a solo artist. His American debut went platinum in the US, charting his first number one on the Hot Country Songs chart, “But For the Grace of God”. Urban has charted thirty seven singles on the US Hot Country Songs chart, including eighteen number one singles. Urban has received many awards throughout his career, including four Grammy Awards. His highest-selling album, Be Here (2004), has been certified four-times platinum.