The one and only king of cool Jimmy Buffett will be coming to Xfinity Center on Saturday 19th August 2017, with his talented and lively Coral Reefer Band in tow! The veteran singer will once again take audience members and loyal “Parrothead” fans to Margaritaville with his totally tropical “Gulf-and-Western” sing-along-songs and hilarious stories of a life well lived! 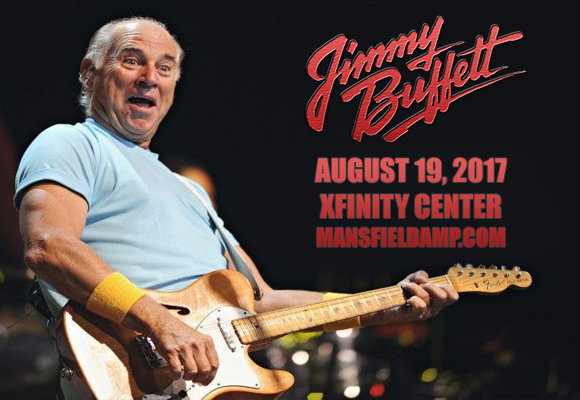 Originally a Nashville country singer in the early 1970s, Jimmy Buffett moved across the U.S. to Key West and, upon embracing a new lifestyle, became the loveable “beach bum” known for party hits like “Why Don’t We Get Drunk (And Screw)” and “Margaritaville” (ranked 234th on the Recording Industry Association of America’s list of “Songs of the Century”). The American singer, songwriter, musician, author, actor and businessman gained a loyal following of fans known as “Parrotheads” and, after over 45 years in the music industry, continues to sell-out tours year after year.