With his laid-back grooves, acoustic maestro Jack Johnson is the perfect summer soundtrack, creating at-the-beach vibes wherever he goes! The “Better Together” singer will be heading to Xfinity Center on Friday 9th July 2017 as part of his 2017 North American Tour (his first in 3 years)! Joining him as a special guest will be the incredibly talented Lake street Dive!!! 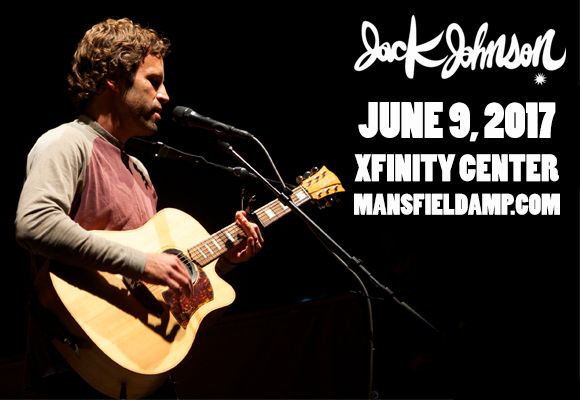 Jack Johnson is a Hawaiian-born singer, songwriter, surfer and documentary film maker, who first came to attention in the music scene with his guest appearance on G-Love’s song “Rodeo Clowns” from the album Philadelphonic (1999). 2001 saw the release of Johnson’s own debut album, Brushfire Fairytales, which was both critically and commercially successful. He has released four number one albums, and his 2005 album In Between Dreams, reached the number two spot twice, once in 2005 and again in 2013. His seventh studio album is slated for release this summer.