Smash hit alt-rockers Imagine Dragons are back, bringing their incredible Evolve Tour to Xfinity Center on Wednesday 6th June 2018! And evolve they have… The “Radioactive” chart-toppers continue to go from strength to strength with their atmospheric and energetic live shows, matching anthemic songs with a powerful stage presence – a must-see for any stadium rock fan! 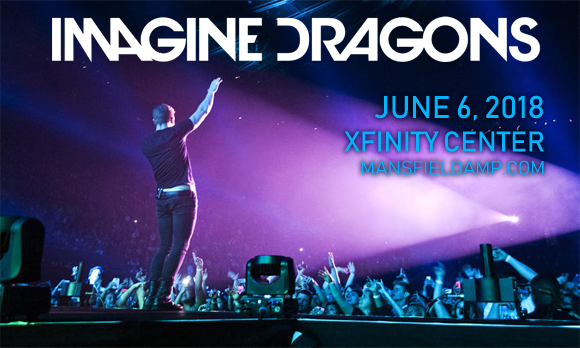 Consisting of lead vocalist Dan Reynolds, lead guitarist Wayne Sermon, bassist Ben McKee, and drummer Daniel Platzman, American rock band Imagine Dragons formed in Las Vegas, Nevada in 2008 and made their debut with the 2012 album Night Visions. An instant success, their single “Radioactive” brought the band mainstream attention and by 2013, they found themselves on several “Best of 2013” lists, including Billboard, MTV and Rolling Stone. The following year, the band was nominated for fourteen different awards at the 2014 Billboard Music Awards, including Top Artist of the Year and a Milestone Award, which is awarded for innovation and creativity, regardless of genre. The band’s success continued with the release of their 2015 follow-up album Smoke + Mirrors, which hit the number one spot in the US, UK and Canada. Imagine Dragon’s latest album, Evolve, was released in 2017.