Fans get ready for the time of your life as the incredible Heart come to rock the stage once more! As they bring all of their biggest material to perform, crowds will no doubt have an unforgettable time, that will stay in their hearts forever. On support for this out of this world show is Sheryl Crow & Elle King – making this one truly a must-see event for 2019! Head to Xfinity Center on Wednesday 17th July to be there!! 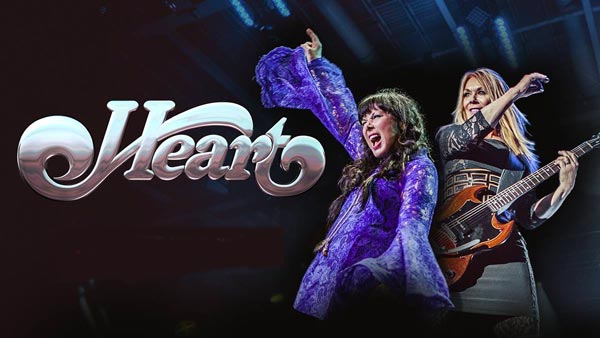 As one of the biggest bands of all time, Heart have transformed the music scene as we know it, from their groundbreaking singles during the 1970's right up until the 1990's – these rockers proved they had what it took to go big. With fans hailing from Canada, the United States and around the world also – they showcased their effortless blend of sound and took the world by storm!

With Ann Wilson (lead vocals, flute and guitar) and Nancy Wilson (guitar, mandolin and vocals) – the two of them have performed across the stages and during the mid-1970s took over the world with their hard rock and heavy metal infusion. Breaking down the barriers and becoming one of the biggest female fronted groups at the time. In the 1985, Heart got another push of success with their variation of sound as they transformed into a more ballad writing group. With their rock hits they continued to take their music into the 1990's and stayed at a steady success level.

With their much loved songs, it's no wonder that Heart have done so well for themselves. With a whopping 35 million and still counting records sold worldwide, 22.5 million album sales in the US alone and an induction into the Rock and Roll Hall of Fame – this is a group that will stay in the hearts of so many forever.

Come and show your love and support for them as they embark on a journey this summer across North America! This rare opportunity to catch them live might not come around again so grab it while you can!!