Bringing in the sunshine vibes with some hip hop hard-hitters, G-Eazy is headed to Xfinity Center on Sunday 26th August, 2018 on the Endless Summer Tour! With a lit line-up featuring some of hip hop’s hottest artists, the “These Things Happen” rapper will be performing a full set of his own, with support from Ty Dolla $ign and YBN Nahmir, plus P-Lo and Murda Beatz on the decks! 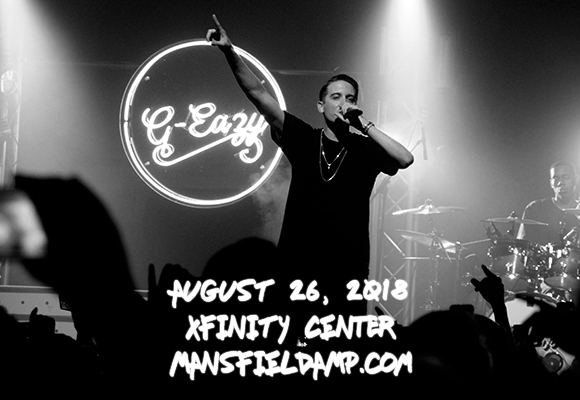 In the mid-to-late 2000s, American rap artist G-Eazy was becoming known as a producer in the East Bay Area hip hop scene, and over time began to draw attention from artists like Lil Wayne and Snoop Dogg with his self-released mixtapes. After signing to RCA, G-Eazy released his major-label debut, These Things Happen, in 2014. The album was well received both critically and commercially, charting at number one on the US Billboard’s Hip-Hop/R&B and Top Rap Albums charts, and peakingat number three on the US Billboard 200 and the Top Digital Albums Chart. G-Eazy’s third studio album, The Beautiful & Damned, was released in December 2017.