One of rap’s biggest stars, Future, is coming to Xfinity Theatre on Tuesday 23rd May as part of his Nobody Save Tour! Bringing with him epic support acts in the form of Migos, Tory Lanez & Kodak Black, Future be performing hits from his hot new self-titled album and it’s gonna be dope! Make sure you check it! 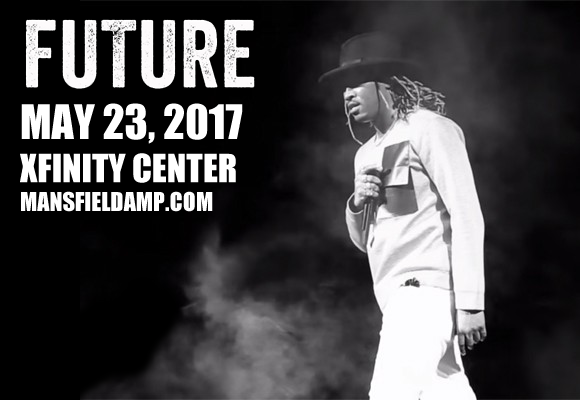 Hailing from Atlanta, Georgia, rapper, singer, songwriter and record producer Future started his music career in the early 2000s as part of the Dungeon Family collective, alongside artists like Outkast and Cee-Lo Green. A series of mixtapes released from 2010 through early 2011, including 1000, Dirty Sprite and True Story, led to Future signing a major label recording contract with Epic Records through fellow American rapper Rocko’s A1 Recordings. Futeure’s debut studio album, Pluto, was released in April 2012 to positive reviews. His more recent releases, DS2 (2015), What a Time to Be Alive (2015, in collaboration with Drake), EVOL (2016), FUTURE (2017) and HNDRXX (2017) all debuted at number one on the U.S. Billboard 200, with the latter two making him the first artist to debut two albums in consecutive weeks at the top of that chart.