Florence and The Machine Tickets

Florence and The Machine comes to Xfinity Center on Thursday 30th May 2019 on the High As Hope Tour, which supports their incredible, critically acclaimed album of the same name! The British rock band, fronted by the captivating and thunder-voiced Florence Welch, will thrill fans with a full-power show, teetering between ethereal and riotous in their inimitable way! With support from Blood Orange! 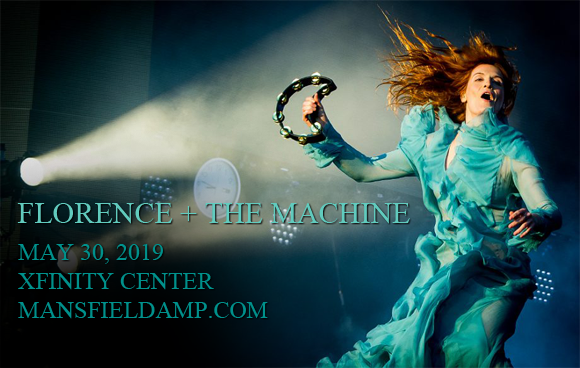 UK indie rock group Florence and the Machine began in London in the mid-2000s as a collaboration between vocalist Florence Welch and keyboardist Isabella Summers. Over time, the project drew more numbers, until they were a band, and their debut album, Lungs, was released in 2009. The record drew instant critical acclaim, and was a huge success in the UK, staying at number two on the UK Albums Chart for its first five weeks before eventually reaching the top spot, and it became one of the best-selling albums of both 2009 and 2010 in the United Kingdom, having charted in the top forty for sixty-five consecutive weeks. With Ceremonials (2011), the group found an international audience, and their career has maintained an upward slant ever since, with each of their subsequent studio albums reaching the top ten all over the world. Their most recent release is 2018's High As Hope.