Dierks Bentley says “What The Hell” as he heads out this summer, hitting up over 30 US cities on his brand new tour! Joined by fellow country artists and good friends Cole Swindell and Jon Pardi, Bentley will be bringing the party to Xfinity Center on Saturday 3rd June 2017 for one of the most exciting country shows of the year! Bentley sure knows how to put on a show, so get ready to grab a beer, get loose and say “What the Hell!” 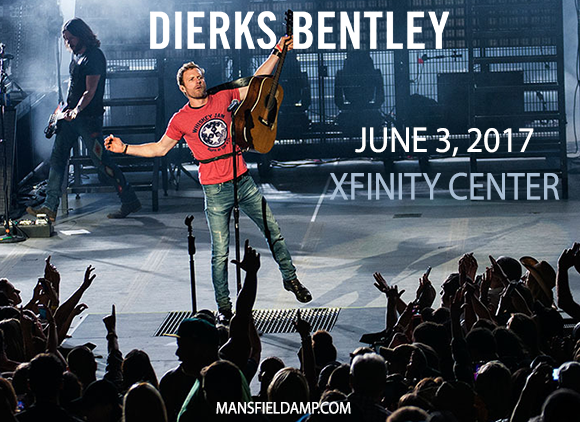 Dierks Bentley began his career in country music in 2003, when he signed to Capitol Records. He broke through to the mainstream instantly upon releasing his eponymous debut album later in the year, climbing the charts and eventually earning platinum certification. Modern Day Drifter, Bentley’s second album, was equally successful and since then, the Arizona-born singer has been a constant presence in the country charts, with thirteen number one singles, and a further seventeen reaching the top five! Bentley’s latest album, Black, was released in May 2016.