It wouldn’t be summer without a Dave Matthews Band tour and, sure enough, the festival circuit favorites are hitting up Xfinity Center on Friday 22nd June, 2018! Not only will they be performing the sensational songs that have made them one of North America’s best-loved rock bands, but they’ll be playing songs from their hotly anticipated upcoming album, treating fans to fresh new tracks! Make sure you catch these incredible performers live! 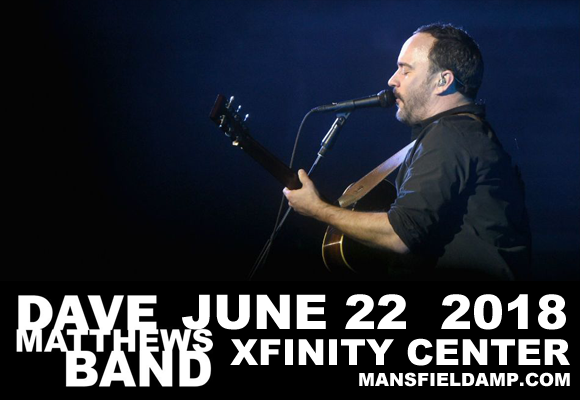 Dave Matthews Band are one North America’s most successful touring rock bands – from 2000 to 2010, the band sold more tickets and earned more money from performing live than any other act in North America. The band formed in Charlottesville, Virginia in 1991 where several band members knew each other from college. After building a local following from performing at coffee shops, frat houses and small venues, the band released their debut studio album, Under the Table and Dreaming, in 1994, and by 1997 had earned five Grammy Award nominations. To date, Dave Matthews Band has sold over 50 million records worldwide, and their Away from the World (2012) made them the first group ever to have six consecutive studio albums debut at number one.