2018 started off with a bang for country music star Chris Stapleton, who left the 60th annual awards with three trophies in hand! This summer, the bearded troubadour embarks on the All-American Road Show Tour, carrying on from his hugely successful stint in 2017! Stapleton will not only be performing a headlining set from his two-volume From A Room album, but he’ll also be joined by Marty Stuart & Brent Cobb – what a line-up! 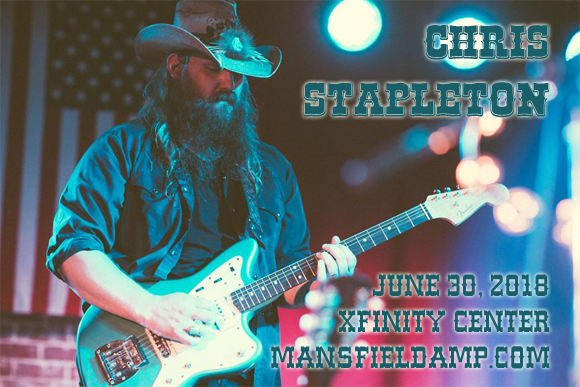 Country artist Chris Stapleton’s breakthrough debut solo album Traveller was released in 2015, to widespread commercial and critical acclaim. Since then, Stapleton has had further success with the release of a two-volume studio album, From A Room (2017), and has been the recipient of five Grammy Awards, five Academy of Country Music Awards, seven Country Music Association Awards and two Billboard Music Awards, among others. Stapleton’s musical background is in professional songwriting and over 150 of his songs have appeared on albums by other artists. He has also co-written six number one songs, recorded by other artists, including Kenny Chesney, George Strait, Luke Bryan and Darius Rucker. Frontman of the three-time Grammy Award-nominated bluegrass band The SteelDrivers from 2008 – 2010, and afterwards Southern rock band The Jompson Brothers from 2010 – 2013, Stapleton signed to Mercury Nashville as a solo artist in 2013.