Chris Brown is hitting the road again this summer, bringing his Heartbreak on a Full Moon Tour to Xfinity Center on Thursday 13th July, 2018! The Grammy Award-winning R&B sensation will be bringing it full power with this all-singing, all-dancing tour designed to make you bounce! The multi-platinum-selling singer will also be joined for the trek by 6lack, H.E.R. and Rich the Kid! Tickets available now! 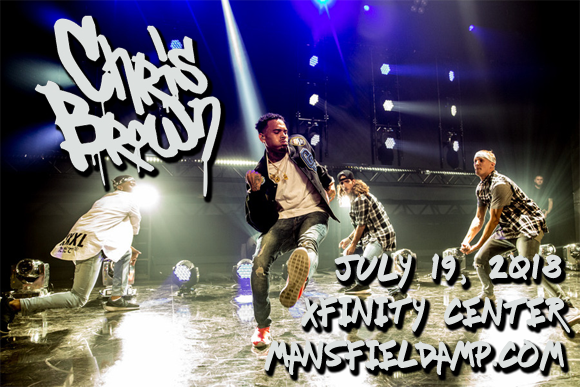 Signed to Jive Records in 2004, R&B singer Chris Brown was an instant commercial success with his eponymous 2005 debut album, reaching the top of the Billboard Hot 100 chart with its lead single “Run It!”, making him the first male solo artist to do so in over a decade. Over the years, Brown has become one of the world’s best-selling music artists, and has sold over 100 million albums worldwide to date. F.A.M.E. (2011), is Brown’s fourth studio album and became his first to top the Billboard 200, earning him his first Grammy Award for Best R&B Album at the 54th Grammy Awards. Brown has won 14 BET Awards, 5 Billboard Music Awards, and 5 Soul Train Music Awards.