Beloved rock and rollers Chicago are once again letting the rubber hit the road, hitting up venues all across North America on their 2021 summer tour! The veteran performers are headed to Xfinity Center on Tuesday 13th July 2021 for a night of classic rock hits in the form of a set from the legendary headliners, and a set from special guest support act and singer of "Jessie's Girl", Rick Springfield! If you're after a night of solid gold radio staples, this is the show for you! 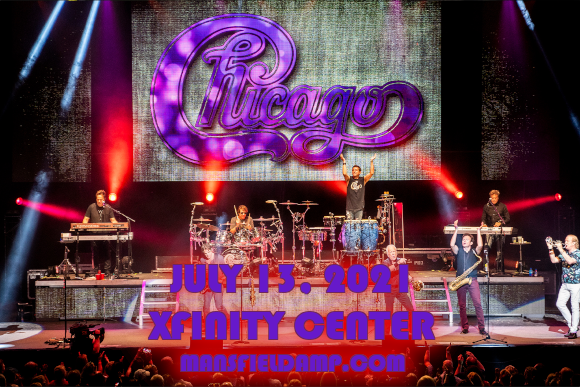 One of the biggest rock bands of the 1970s and '80s, and the US' second-biggest-selling rock band of all time, Chicago has been honored at the Rock & Roll Hall of Fame, Songwriters Hall of Fame and Grammy Hall of Fame since its inception in 1967. The band made its debut in 1969 with the album Chicago Transit Authority, and went on to have a string of five consecutive number one albums throughout the 1970s, also becoming the leading US singles charting group of the era. Over the years, Chicago has sold over forty million units in the US, with twenty three gold, eighteen platinum, and eight multi-platinum albums.