Are you ready for one of the most epic summer concert festivals this 2023? No one sees this massive lineup coming, but we aren't complaining. We are talking about the "Parti Gras Tour 2023: Nothing But A Good Vibe Music Festival," headlined by the one and only Poison frontman Bret Michaels. Catch Michaels's exhilarating live performance on July 21 at the Xfinity Center, Massachusetts. He will be joined by special guests Night Ranger and Jefferson Starship, with special appearances by Steve Augeri and Mark McGrath. This jam-packed concert event will have you head-banging to the classic rock hits of Michaels and his special guests. Tickets are now on sale, and you can grab yours here by hitting the "Get Tickets" link. 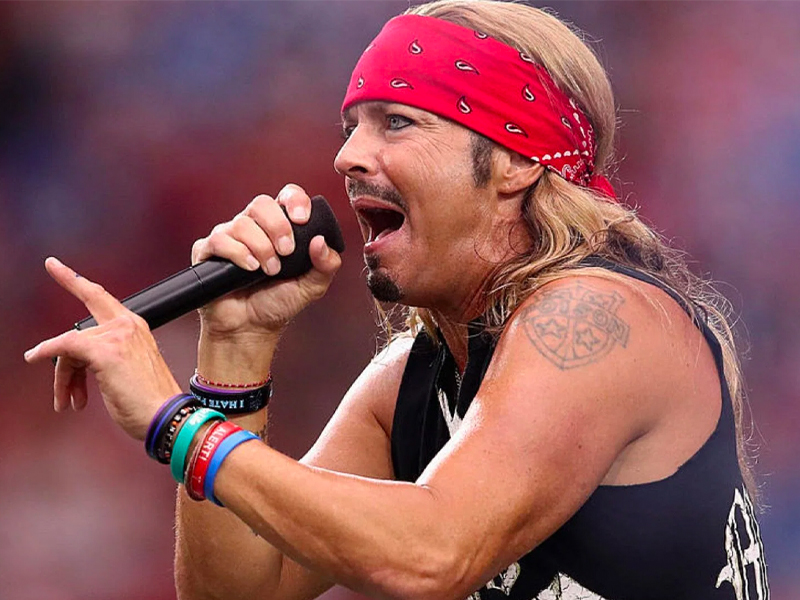 The American singer-songwriter, musician, actor, producer, and TV personality Bret Michaels is best known for being the lead singer of the eminent glam-metal band, Poison and for his signature "superman without a cape" bandana. Aside from being a frontman of the band Poison, Bret Michaels has industriously made a name for himself by releasing solo albums for his credit. His solo soundtrack to the 1998 film entitled "A Letter From Death Row," wherein he starred, wrote, and directed, was evidence of his undying labor as he inclusively utilized his talents to produce his solo album. His biggest single, "Every Rose Has Its Thorns," has the most significant impact on his music career.

This 2023, Bret Michaels will be embarking on a music festival tour, much to his fans' surprise. Dubbed the "Parti Gras Tour 2023: Nothing But A Good Vibe Music Festival," the festival tour is an all-killer, no-filler, all-the-hits tour with a Mardi Gras feel. With such a festive promise from the festival's producers themselves, fans can expect that this is going to be one hell of a ride show, mainly since big names in the rock music circuit will also be featured. Michaels will be joined by special guests Night Ranger and Jefferson Starship. Night Ranger is an American hard rock band most notable for their power ballad "Sister Christian" and several chart-topping hits, including "Don't Tell Me You Love Me," "When You Close Your Eyes," and many others. Jefferson Starship, on the other hand, is another California-native American rock band who had cemented their place in the industry with their chart-topping hits like "Find Your Way Back," "Jane," and "Miracles." Other notable guests include the former lead singer of Journey, Steve Augeri, and Sugar Ray's Mark McGrath.

Get ready to jam along with these incredible rockers as they perform one hit after another at Xfinity Center on July 21, 2023, Friday. Buy your tickets now!