Brad Paisley, the man known for hiding one of the best songwriting brains of modern country under his 10 gallon, is kicking of a new stint across the USA and Canada – the Crushin' It Tour! He'll be bringing outstanding artists Justin Moore & Mickey Guyton with him to Xfinity Center on Friday 25th September, so get ready to cut loose and have the night of your lives! 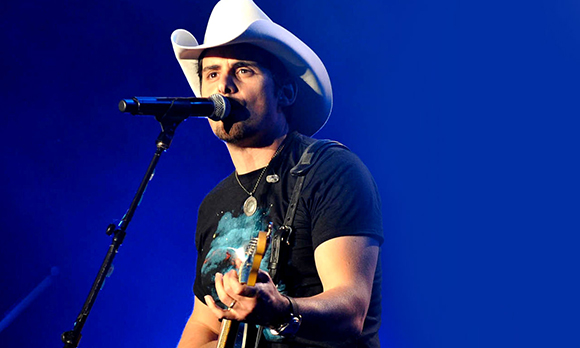 Celebrated by fans and critics alike, Brad Paisley is one of America's top country artists and he has the awards to prove it. The West Virginia native has won three Grammy Awards, 14 Academy of Country Music Awards, 14 Country Music Association Awards, and two American Music Awards. Releasing his debut album Who Needs Pictures in 1999, he has since recorded nine more studio albums and a Christmas compilation, each having been awarded Gold status or above by the RIAA, and has sold over 12 million albums worldwide. Paisley holds the record for having ten consecutive singles reaching the top spot on the Billboard Hot Country Songs – the most anyone has ever had. The same chart has seen Paisley score 32 Top Ten singles, 18 of which have reached Number One. His highest accolade came in 2001, when he was inducted as the youngest ever member of the Grand Ole Oprey.