Country music’s sweetheart, Brad Paisley, is on tour again! The award-winning superstar will be touring again this year, and he’s bringing Dustin Lynch, Chase Bryant & Lindsay Ell with him, for a smorgasbord of country that will leave you feeling more than satisfied! Catch all these amazing acts live at Xfinity Center on Saturday 5th August 2017! 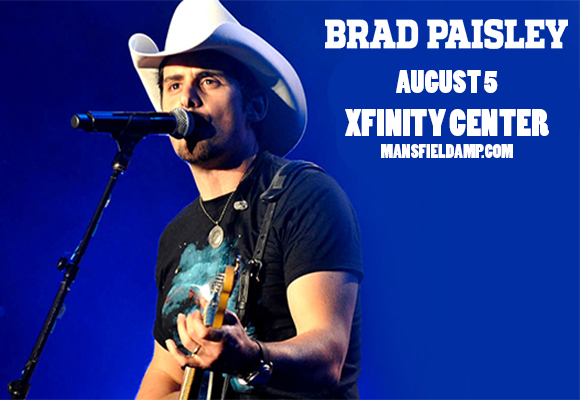 Singer, songwriter and guitarist Brad Paisley first found fame with his 1999 smash hit album Who Needs Pictures. Since then, Paisley has continued to make waves in the country scene, with ten studio albums and a Christmas compilation under his belt, all certified Gold or above by the RIAA, and sales of over 12 million records worldwide. He’s also spend a lot of the time at the top of the charts with 32 Top Ten singles on the Billboard Hot Country Songs chart, 18 of which have reached Number One, and a world record for having ten consecutive singles reach the top spot on that chart. Paisley has won three Grammy Awards, 14 Academy of Country Music Awards, 14 Country Music Association Awards, and two American Music Awards to date.