As one of the most exciting electronic pop bands, AJR have been taking over the world with their incredible music releases, gaining fans where-ever their songs have reached around the globe. Now AJR will be taking to the road out on their headline tour to showcase it all LIVE in concert! Joining them on their 2020 dates are Quinn XCII & Hobo Johnson and The Lovemakers – all three acts will be coming to Xfinity Center on Friday 31st July 2020 – book your tickets today! 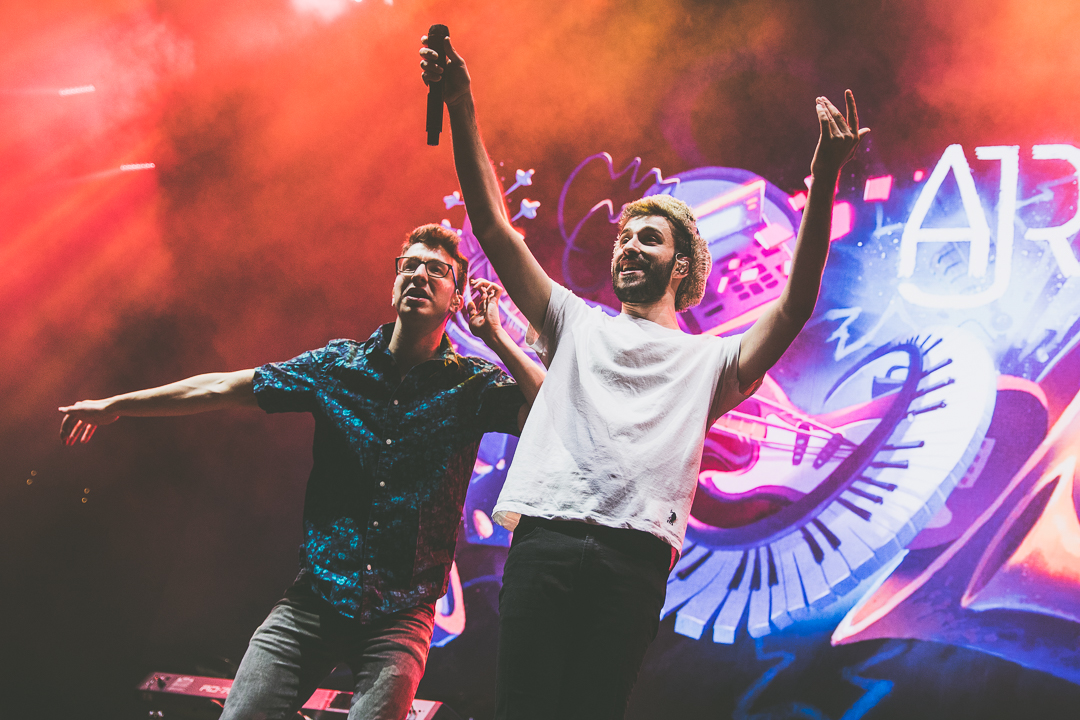 AJR started off in humble beginnings with brothers Adam, Jack and Ryan coming up with creative ideas together and busking around New York City to share their music to people passing by in various busking spots such as Washington Square Park, Central Park and more. As they quickly realised they had what it takes to make their ideas a reality, they begun their journey to making music their career and developed on their style whilst listening to a mixture of artists and genres from the likes of; Beach Boys, Simon and Garfunkel, Vampire Weekend, Jon Bellion, Imagine Dragons, The Beatles, Kanye West, Macklemore, Twenty One Pilots, and Fun.

The three brothers continued to celebrate their talents and developed on their indie pop soundscape which has now pushed them into the mainstream spotlight for all to see. What started off as a bedroom studio band has progressed into an international name and AJR and receiving the hype and attention they deserve. With their top singles "I'm Ready", "Weak", "100 Bad Days" and "Burn the House Down" they have showcased their unique style and followed it all up with their third album Neotheater which hit the charts and reached number 8 on the Billboard 200 and also pushed itself to the number one spot on the Top Rock Albums chart!

As AJR AKA Adam, Jack, and Ryan followed their destiny and worked hard on their music throughout the last decade, their hard work is now paying off and fans can't get enough of their songs which contain hints of "electric," pop, doo-wop, electronic, and dubstep throughout.

As their 2020 tour dates take place, there's no doubt in mind that AJR are going to become bigger and bigger as they spread their soundscape far and wide and gain even more fan followers in their live performances! AJR are definitely the one to watch so whatever you do – don't let this one pass you by!